Cheaper Can Actually Mean Higher Cost— The Cost of Less Than Optimal Performance, or Worse

When It Comes to Servicing Critical Valves and Related Parts ‘Brand Names’ Matter.

At Proconex, we only use OEM parts, which are guaranteed to be the highest quality possible. When a non-OEM part was installed at one of our customer sites, they had performance issues. Furthermore, we had trouble servicing it—resulting in lost time, energy, and money.

Our service team was called in response to a critical valve that wouldn’t completely shut off. The team was trying to perform service on this valve but could not get it apart for two days. Once we removed the part, we noticed that it didn’t look like the new one we ordered. When we verified the part with our internal resources, we learned that the part coming out was definitely not an OEM part, but the one going in was. The customer was also surprised to learn that it was not an OEM part. Once we installed the new part, the valve began performing better immediately.

How Can You as a Customer Avoid This Problem?

You should specify that your company or facility only use OEM parts, especially for critical valves, stating that ‘replicated parts are not allowed’. Make it clear that you cannot supply a ‘fit for purpose’ part—it has to be new and has to be supplied by that manufacturer.

Using a non-OEM part could cause a major event and occurs more often than customers may realize. Replicators will offer ‘knock-off’ parts at a lower price and claim they are as good as OEM parts. If there are issues, the customer is then left holding the bag and may not even know that the part is not an OEM—especially if the part was installed by a third party intermediary.

In this specific case, the customer didn’t notice until they had operational issues—the valve wouldn’t completely shut off. Now that they know what happened, they have to ask themselves, “What else was installed by that third party provider?” This was a huge piece of equipment and one of their critical valves. We are now working with the customer to review other critical valves that may need to be serviced soon to avoid unexpected failures. When it comes to valves, OEM brand equipment does matter. 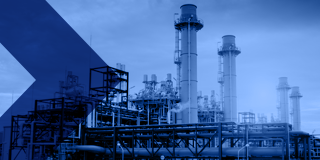 Our experts can guide you through our comprehensive Outage Management Process—from detailed planning to ordering replacement parts and scheduling manpower. In our experience, execution depends on the quality and thoroughness of the plan, so we pay a lot of attention to the details right up front.
Read More
Equipment & Services

Proconex offers a wide variety of products and services to meet the needs of our industrial clients in the Mid-Atlantic region. View our updated product portfolio to see the full scope of our offerings, including best in class brands from Emerson as well as complementary products.
Read More
Equipment & Services